Please Note: The applicants are requested to mention their correct details while applying for Ist Registration/ Migration of Registration. Incorrect details & Certificates of Unapproved boards will lead to Rejection of cases & no refund shall be issued. 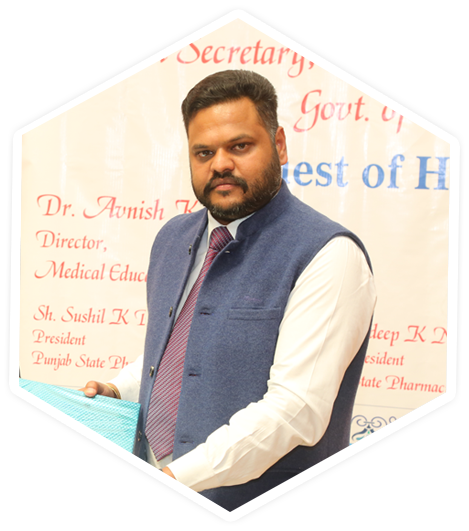 In India prior to the Pharmacy Act,1948 and State Pharmacy Council Rules,1951, there was no restriction to practise the profession of pharmacy. One could practise this profession as any other profession. Persons, having no knowledge and having no education in pharmacy or pharmaceutical chemistry or pharmacology, were engaged in this profession. So many cases were brought to the notice of the Government wherein the compounding, mixing, or dispensing of medicines was being done by persons who were not adequately educated in this line. The system was causing great harm to the health of people by wrong compounding, mixing or dispensing. Thus, it was found necessary to enact a law for the regulation of the profession and practice of pharmacy. As such the Punjab State Pharmacy Council is being operated under Pharmacy Act, 1948 and State Pharmacy Rules,1951 made thereunder.

The great Indian National Parliament enacted the Pharmacy Act of India in 1948. Resultantly the Punjab State Pharmacy Council has been constituted under the above said Act in 1949. 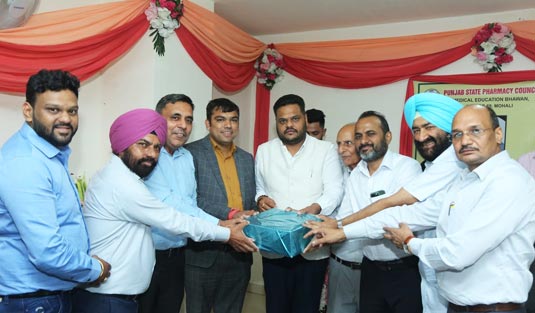 STATEMENT OF OBJECTS AND REASONS

Like in most developed countries, only persons who have attained a minimum standard of professional education should be permitted to practise the Profession of Pharmacy.

Accordingly Central Council of Pharmacy, prescribed the minimum standards of education and approved the courses of study and examinations for Pharmacists. Accordingly State & U.T Governments has prohibited the dispensing of medicine on the prescription

of a medical practitioner otherwise than by, or under the direct and personal supervision of, a registered pharmacist. 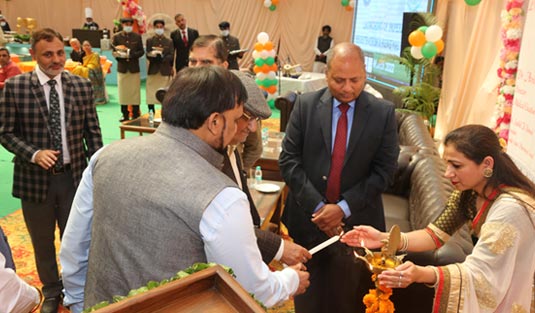 The Punjab State Pharmacy Council has been constituted under section 19 of the Pharmacy Act,1948 in which six members are Elected constituted (from amongst themselves by Registered Pharmacists of the State), five are Nominated by the State Government, three members are Ex-Officio & one member is nominated by the State Medical Council. Out of fifteen members, President & Vice-President of the Council are elected Under Section 23 ibid. The main functions of the Council is Registration of Pharmacists, it’s Renewal, Restoration, Registration of Additional Qualification, Issuance of Good Standing Certificates to Foreign Countries, In and out Migrations of Registered Pharmacists from and to other States and to regulate and uphold the standards of profession of Pharmacy in the State & undertake all other functions & duties & exercise the rights as provided under Pharmacy Act,1948 & State Pharmacy Council Rules,1951.

2. Appeal to all pharmacists

3. PCI LETTER-REGARD TO RECOGNITION OF DEGREES AND DIMPLOMAS IN PHARMACY 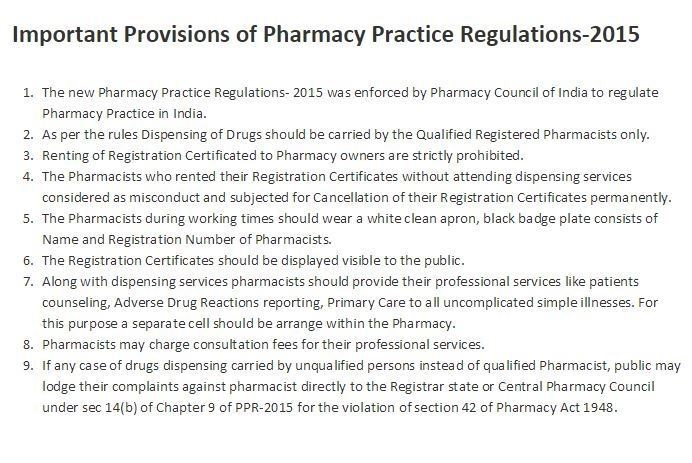 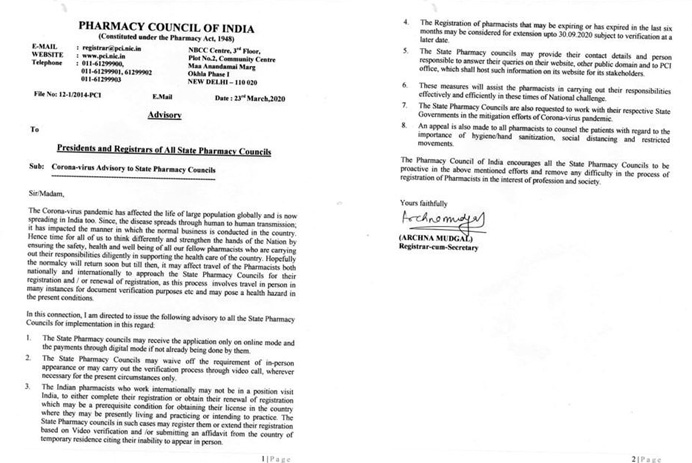 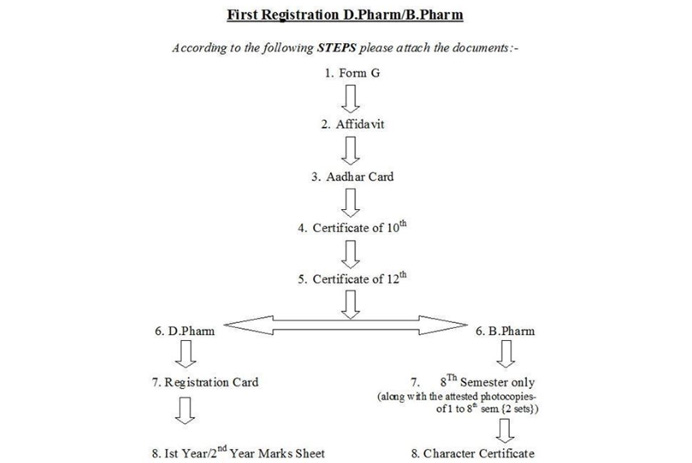 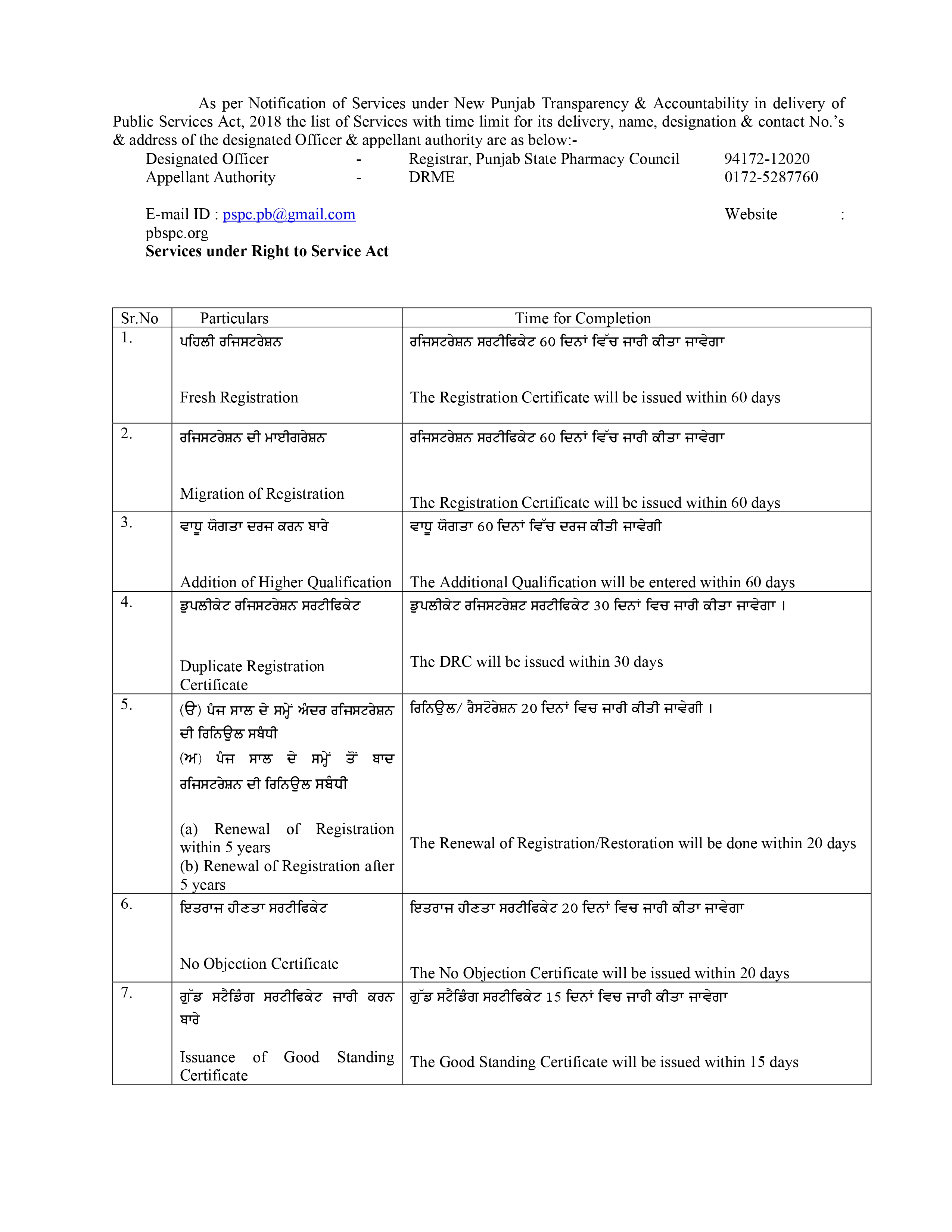 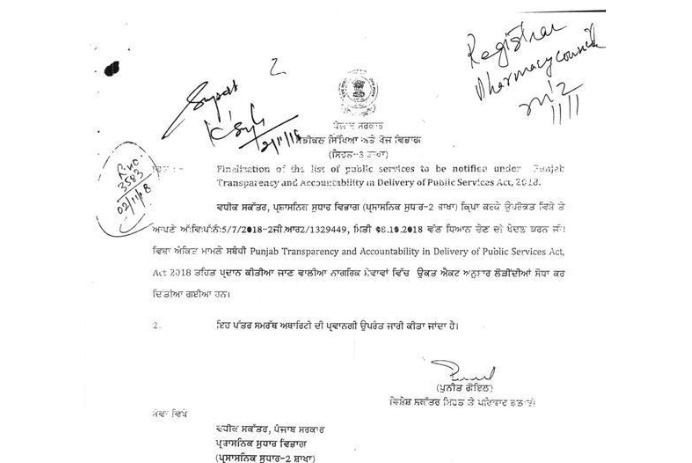 For first registration + Registration applied from abroad + Self declaration

FORM OF APPLICATION FOR REGISTRATION OF PHARMACY(G-Form)

For migration of registration + Self declaration

APPLICATION FOR REGISTRATION OF ADDITIONAL QUALIFICATION(H-Form)

Get the New Course Details By Mail..